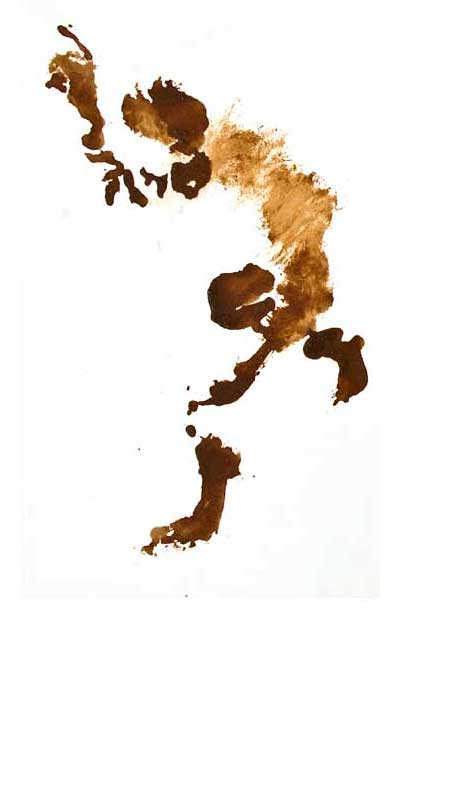 How I Got Started

When I was in Year 4 at school, the class was given a project to do on Britain. I remember sitting at an old timber desk with ink well, mapping pen in hand and a Robinson Atlas open at the British Isles.

It was the beginning of lunch time, but I was engrossed in this pen and the dark ink as I began my squiggly line up the coast from London. Eyes darted like the needle of a sewing machine between the atlas and the blank page as I climbed up the twisted coast of England towards Scotland… noting every tributary and little island along the way.

After a while, it dawned on me that I could not guess the line of the coast. I was in awe. The shape of the British Isles was unpredictable and wild. I became enchanted and entered into this wild dance of coastline.

An hour later, the class tumbled in and settled back to work. I remember having a full bladder.

Some moments later I sensed Mrs Small behind me. Her arms, like uncooked bread, reached over my shoulders and her hands ripped the page from the book. Angry, she walked hard-heeled down the aisle crumpling my drawing in her hands. As the paper hit the bin, she turned and leered back at me "Richard, do it again. And this time do it properly!"

Along with other kids, I grew up inside a system that conceived the world to be an immense cluster of nouns… of things… such as house and horse… cutlery and cuttlefish. Each thing had its name and use. Atoms, molecules cornflakes… the world was distinct and solid.

Something in my sense of the world saw otherwise, though I did not have enough understanding of language to deal with it at the time. And this is the hub of the problem… I found that I could not paint nouns, nor draw them, nor think in terms of them.

I do not see the world as a noun, rather as a verb, wherein an intricate web of events unfolds in the expanse of time.

Before the move to Broken Hill, my work was divided into two sections. The paintings were taken up with an exploration of the land; the poetry of the bush. Works on paper explored the human as subject. These two functioned like the keel and sail of a boat giving each other both balance and movement.

Out here in the arid zones, a change occurred. Perhaps in the desert one has no need of a keel and sail. Anyhow, the human and the land started to merge in my mind… the two began to find a home within the same form. The traditional separation of man from nature became increasingly meaningless. The marks of western culture appeared to sit like a scratch on the skin of a reptile.

It is worth noting that an interest in the works of the prehistoric and indigenous peoples greatly increased at this time.

Presently, I see the context of my work in terms that includes prehistoric ancestors as part of a pertinent dialogue. I am disdainful of the dialogue that begins with the Parthenon and largely ignores the immense imagination of prehistoric people. I confess that something in me feels more enlivened by the marks of prehistory than I am by the tendency towards clever pictorial illusions developed by many in my western tribe.

Before moving to Broken Hill, my works were divided into two sections. Paintings were taken up with an exploration of the land, the bush and human interaction with its vast energy. Works on paper were given over to an exploration of the human as subject. The two functioned together like the keel and sail of a boat, giving balance and movement to the sailor, but facing opposite directions.

Out here in the arid zones, a surprising shift occurred. Perhaps in the desert one has no need of a keel and sail. Anyhow, the subjects of the human and the land started to merge: the two began to find home within the same form. The common separation between man and nature became increasingly meaningless. The marks of western culture appeared to sit like a scratch on the skin of an ancient reptile.

Intentions for the canvases and the smaller works on paper became a tandem ride, each happily swapping seats front and back to grab the handle bars. It is worth noting that my interest in the works of prehistoric and indigenous peoples greatly increased.

A to Z, Australia to Zimbabwe at the Zimbabwean National Gallery

Exhibition of Friends Festival of Sydney

Sheraton on the Park, Sydney

Art on the Cove – A Collection of Australian Art – Olsen and McEwen, EIE